Larry Dee Scott, nicknamed “The Legend” and “The Golden Boy,” was an American IFBB professional bodybuilder. Larry Scott won the inaugural 1965 Mr. Olympia competition and defended the crown at the 1966 Mr. Olympia contest before retiring.

Larry Scott was the first bodybuilder who reaches the limit of 50 cm hand. His achievement is unique because it all began as he was a little boy and during his early years, he fought hard just to build a little muscle mass. In the beginning he was 54 kg (119 pound) youngster with height of 170 cm (5 feet, 6.93 inchs tall), which shows no signs that he will become one of the legends of bodybuilding. With this body type, Larry Scott is considered to be an Ectomorph or a hard gainer.

Everything started when he was 16 and found an old BodyBuilding magazine. The first three months of his acquaintance with the weights brought him almost nothing, because he was working hard for triceps and chest, following the guidelines of the same magazine he found. Then he found out, that training should include all muscle groups, muscles need to be fed and they stop growing when you overtrain them regularly. Another reason is that although Larry is strong enough he is a classic hardgainer – an Ectomorph and the building of muscle mass and muscle symmetry shape is a challenge.

Over the years, Larry Scott Bodybuilder built one of the greatest bodies and won the title of the best bodybuilder in the world – Mr. Olympia in 1965 to win again next year before he descended from the throne undefeated.

There is no person who is keen on fitness or bodybuilding who has not done, or at least heard of “Scott Curls”. This is a unique exercise invented by Vince Gironda, but the effect it hasd on Larry Scott`s biceps made him the “godfather” of this great exercise.

During his active career, Larry Scott trained six days a week for the following split: 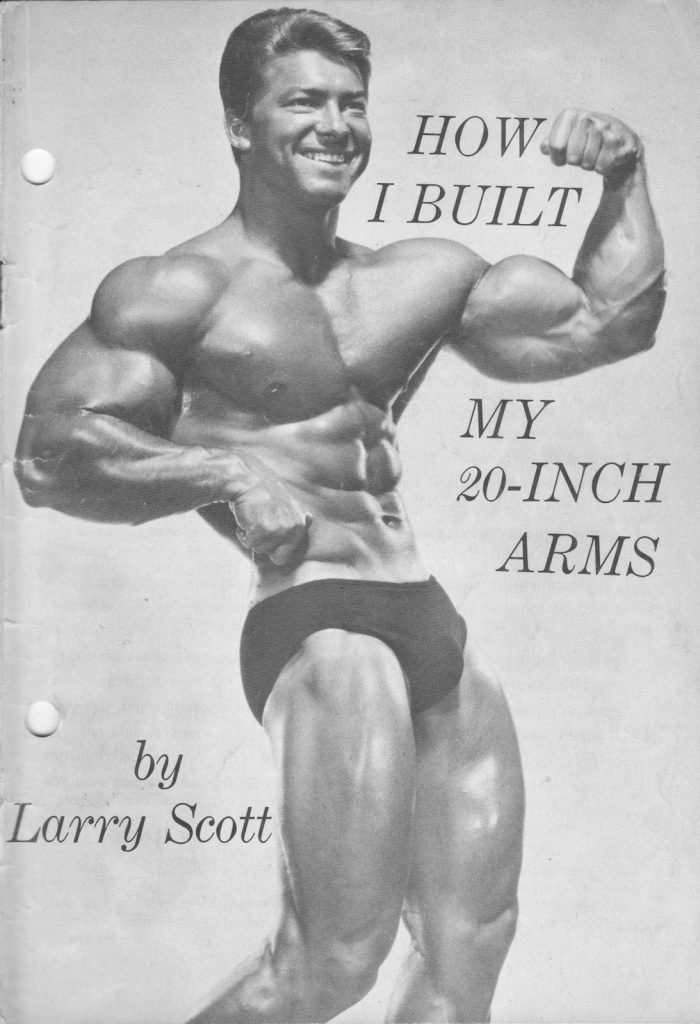 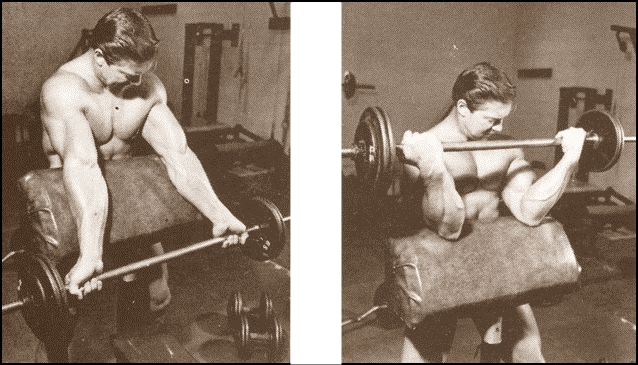 Training twice a week with 16 sets for biceps and 16 sets for triceps. The first and second exercise are done in supersets. As an additional technique Larry Scott performed the so-called “burning reps”. Having made all his repetitions in one series continues with a partial 3-4 that bring extra muscle pumping and burns terribly.

Throughout his career, Larry never used extremely heavy weights. The maximum weight that curls allowed, for example, rarely exceed 68 kg (150 pounds). Probably the main reason for this is the manner of exercise of Vince Gironda imposed in his training room the legendary Vince’s Gym – essentially isolating exercises that cannot be done with very heavy weights and rely more on shaping and relief of muscle.

When training for muscle mass, Larry was choosing one exercise for each major muscle group and makes 6 sets of 8 reps.

The following workout for muscle mass gaining is designed for advanced bodybuilders, and if the weight come in excess, you can start with 3 sets of exercises and add one more series of exercise every 30 days until you reach the total of 6 series for the group. The program is done 3 times each week, in order for the muscles not to get used to it, Scott was changing the days of the trainings for the muscle groups every time.

Larry Scott Bodybuilder Height and Weight in his active career

During the “Golden Age” of bodybuilding, today’s concepts of healthy muscle mass gaining are unknown concepts to scientists, and supplements and competitive chemistry is just starting to be popular. The base of bodybuilding menus and meals are huge amounts of red meat – mostly beef, cheese (yellow cheese) and eggs. The nutrition system of Larry Scott is no exception to this. He eats a lot of red meat and cheese, almost no carbohydrates and very little vegetables, and the only supplement that he used constantly is the “gold standard” for the time Rheo H. Blair’s Protein – a mixture of milk and egg protein.

Scott himself gained more than 18 kg (39.6 pounds) lean muscle mass at the peak of his career, having taken 1.5-2 cups of this protein a day, mixed with 370 ml. liquid cream and milk. This amount of protein he divided into 3 doses throughout the day. 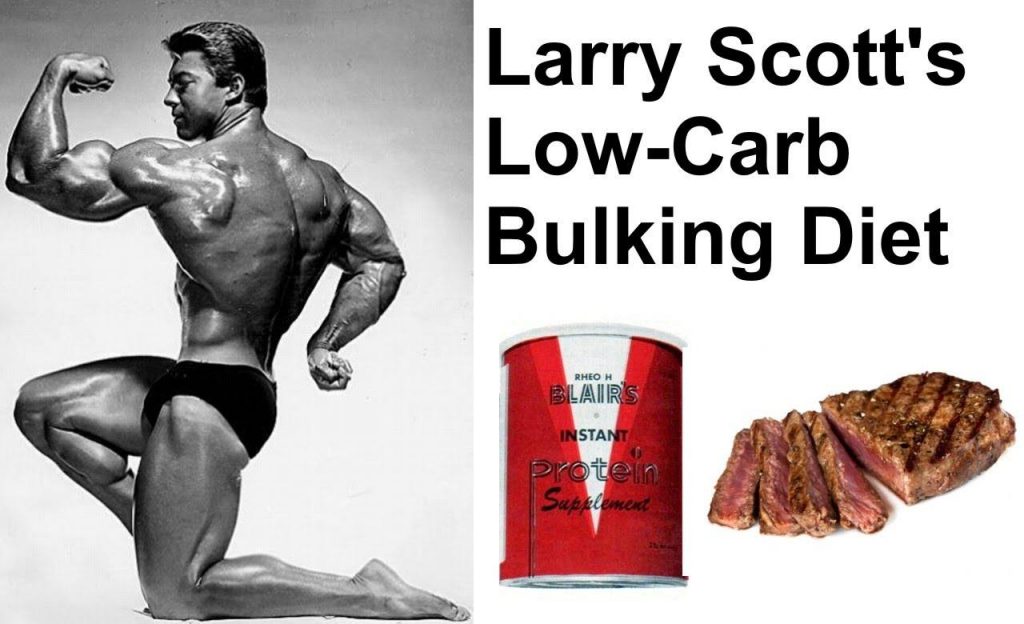 Interview with the bodybuilder Larry Scott

“Basically, that’s all. It’s pretty boring diet but works best for me right now” says the BodyBuilding legend in one of his interviews for Irvin Johnson. Meals are 6-8 per day in two or three hours, taking the last dose of protein with the dinner before the evening workout, then is the last meal of the day and always the portions are not very big.

Larry Scott BodyBuilder – What Supplements did he take?

At that time, supplements are new and are quite expensive, so Scott could afford vitamins B-complex and special formula for cleansing and strengthening the liver only when preparing for a competition. He was taking the turned into a hit during this time tablets with hydrochloric acid that was believed to help digest proteins better and help his nutrition. After meeting with Vince Gironda, Larry Scott adopts the general view that proper nutrition is 85% of the victory in the battle to carve a perfect body. 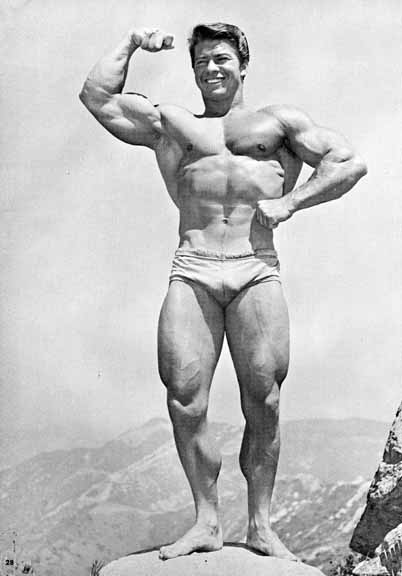 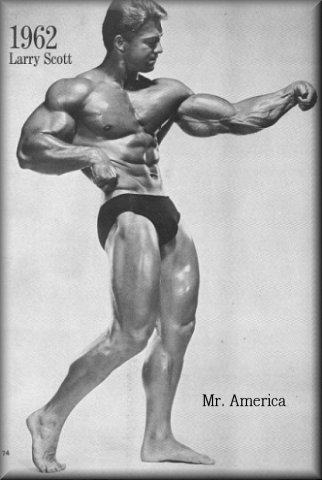 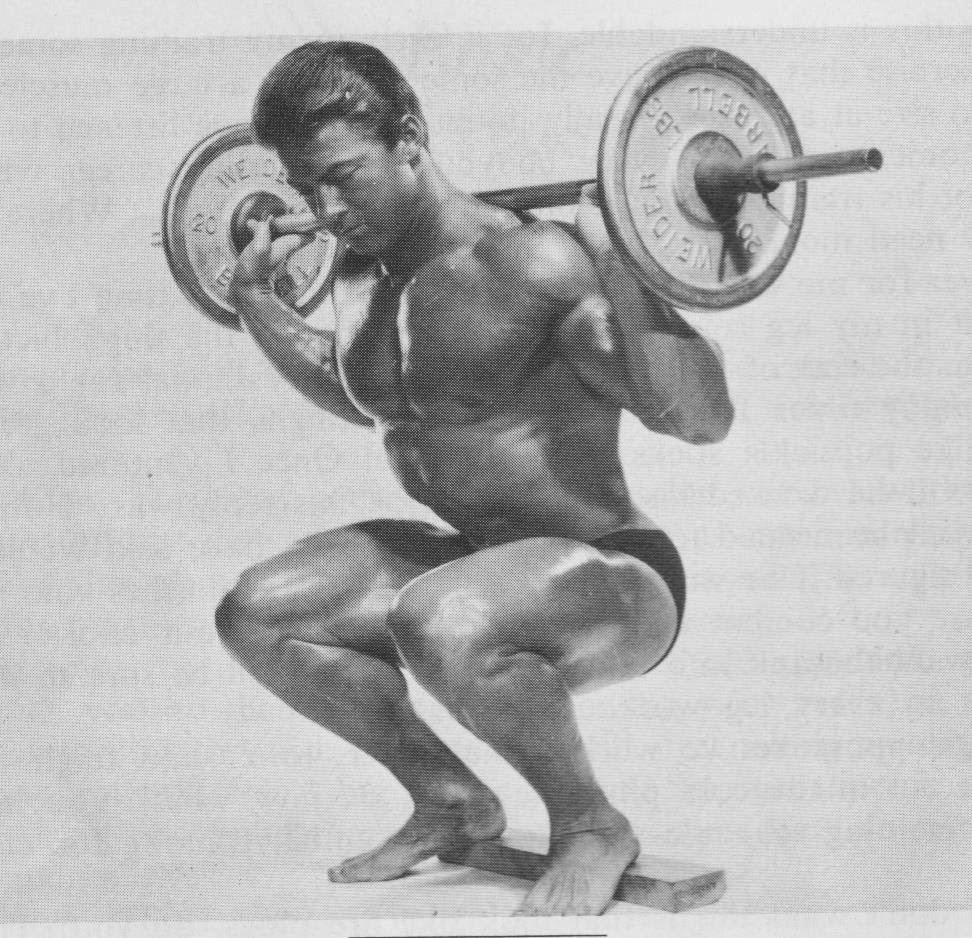 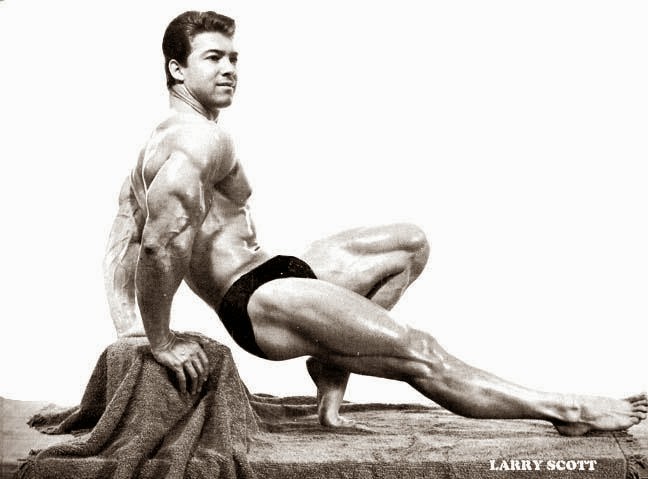 If this article about the bodybuilder Larry Scott was useful to you, please use the share on social networks button so it can reach more people. Thank you!

Includes a Custom Diet, a Custom Training plan and a Custom Supplements plan only for you. Save up to $19.90, and get the complete all in one Fitness and Bodybuilding solution now!

All custom Workout & Exercises Plan include 2 muscle groups of your choice! You need to combine large and small muscle groups- Arms with Back or Chest with Shoulders or Legs with Abs

All custom Supplements Body Type plans include either fitness or bodybuilding supplements suggestions that will help you lose weight, gain weight or become a shredded FitnessMonster!

Why people love our Plans?

Each full body transformation plan and Custom Diet plan come with delicious and tasty meals included. We guarantee this with the custom ingredients selection tool.

Our team will provide you with clever & working custom body transformation ideas and tips backed up by years of experience creating custom fitness plans.
Share
0