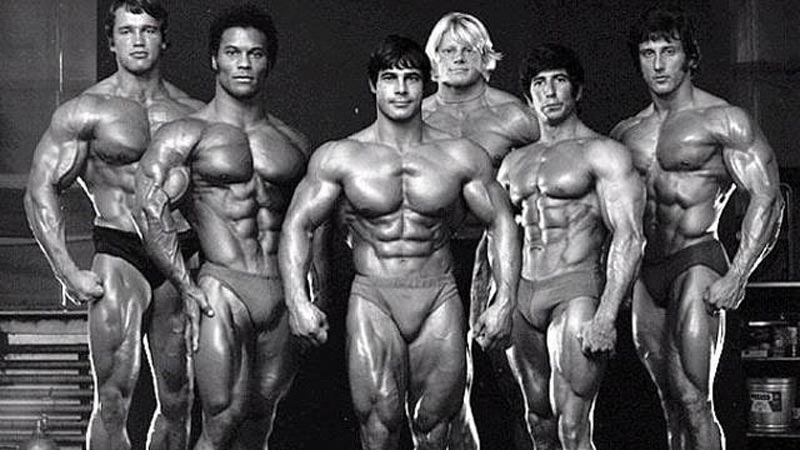 Bodybuilding is the process of training the muscle fibers of the athlete through a combination of weight training, special diet, and rest. A person who deals with this type of activity is called bodybuilder.

In the sport, called competitive bodybuilding, bodybuilders demonstrate their physical condition in front of judges that award them points for their aesthetic appearance. The muscles are revealed through a process of being shredded – a combination of fat loss, oils, and products to impart a tan, which combined with lighting make the distinction between a group of muscles more visible. Due to excessive use of anabolic steroids and other banned products that are easy to prove in the body (even visually), Bodybuilding is not ranked in the list of Olympic sports. In most bodybuilding tournaments, steroid use is informally permitted due to the need for ever greater performance and accordingly the need to attract more viewers and more advertisers.

Some of the famous bodybuilders from the recent past are Larry Scott, Arnold Schwarzenegger, Steve Reeves and from present days – Ronnie Coleman, Jay Cutler, Markus Ruhl and much more.

Because of the specificity of this sport, the order of conducting competitions and subjective judicial discretion, the combination of these three criteria is most important: volume of body muscles (to be maximum), fat percentage (to be minimum) and optimal harmony of physics (without lagging or having dominant muscle groups). Endurance is irrelevant and does not affect the classification of the athlete.

Trends by several decades dictate major competitions such as Mr. Olympia. The main 3 components for which contestants are evaluated are:

What is Natural BodyBuilding?