Maybe you know that, but the great Arnold Schwarzenegger was beaten only three times on stage by three different bodybuilders. These are the bodybuilding legends Frank Zane, Sergio Oliva and the man we will devote this article to Chester Yorton – also knows as Chet Yorton. Chester Yorton is most widely known as the father of natural bodybuilding because of his muscle mass workout routine & diet. This man remains in history as the only completely natural bodybuilder that defeated Arnold on stage. He defeated Arnold Schwarzenegger at the 1966 National Amateur Body-Builders’ Association Mr. Universe (amateur) held in London.

Chester Yorton or as we all call him Chet was born on June 1, 1939, in the small town Stevens Point, state Wisconsin. Chet did not play any sports as a child, even later in his teenage years. An accident turned his life around and opened him for bodybuilding. At the high school, Chester Yorton got into a severe car accident. He had multiple cuts, one of them almost got him blind, there were many fractures in the pelvis, both legs, and the elbow. Traumas of the lower body were even more severe and doctors discussed amputation of one of his legs. Doctors saved this leg by implanting a metal plate. For several months he was in bed, however, he was able to move with the help of a wheelchair.

Faith is what turned Chester Yorton into a natural bodybuilder

Here come faith and something completely changed the life of Chet. In the corner of one the hospital rooms, he noticed two dumbbells. Although that he had no experience in weight lifting, something inside him told him that it would be beneficial to his health improvement. After a consultation with his doctors, they allowed him to do light weight lifting exercises while in his wheelchair. Slowly he strengthened his body and he could even move with walking sticks. Hunger for training was growing proportionally with his health recovery. Seven months after leaving the hospital, Chet already weighed 25 kilograms more than he weighed before the accident. His body recovered well and despite the injuries suffered he was able to build a lot of muscle mass.

After two years in 1960, he participated in his first competition. Chet Yorton already knew that bodybuilding was his saving and his calling. Bodybuilding saved Chet from the wheelchair, and his will made him a champion and we need to emphasize that he was a completely natural bodybuilder.

In his best years the training routine of Chester Yorton followed the classic workout split:

At first glance, this workout routine is so simple but it is so effective that Chet reached the unique size and shape for a natural bodybuilder. In 1975 he stopped his professional career and went off the scene at the age of 37. At that time Chet had the following size:

Here are the titles that Chester Yorton won:

Chet Yorton owns a gym, in which he trains and gives advises on natural bodybuilding. Although he is 77 years now he is still active and helps young bodybuilders.

He is an example that nothing is impossible for a person who has an iron will and strong spirit.

What makes Chet great even nowadays is his passion for being natural. His overall goal is:

“My goal is to inspire people regardless of age and to help them achieve their goals. After more than four decades of devoting myself to the sport, I want others to experience the same sense of achievement that comes through that dedication.”

“We trained for health and well-being” 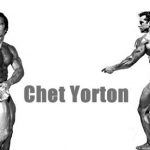 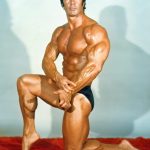 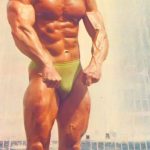 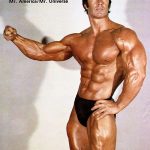 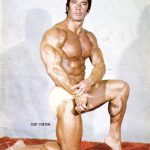 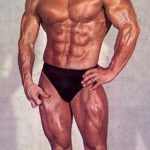 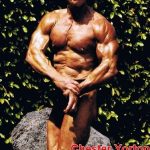 If this article Chester Yorton – The father of Natural Bodybuilding (Photos & Video) was useful to you, please use the share on social networks button so it can reach and help more people. Thank you!